Special thanks to these donors, sponsors, and supporters 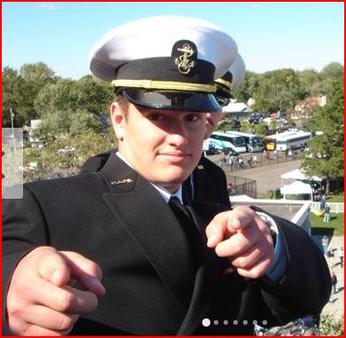 Enter Donation Amount of Your Choice

The fourth annual Kyle C. McArthur Memorial Regatta, benefiting Challenged Sailors San Diego will be held on April 28-29, 2018. Sailors with disabilities from around the US and Canada will leave their disabilities at the dock to compete in several races over the two day regatta.

After the regular regatta races on Saturday, a special series of races will be held with Coronado Yacht Club members sailing the Martin 16s.

Saturday evening festivities include a Mexican taco-bar dinner, live music by local band Midlife Crisis, and a raffle & silent auction at Coronado Yacht Club (starting at 5:30). Dinner tickets can be purchased and donations to support Challenged Sailors San Diego can be made via the Donate buttons above, or at the yacht club in advance on Friday evenings in April or on the day of the event.

​Following the completion of racing on Sunday there will be a reception and awards presentation at Coronado Yacht Club.

LTJG Kyle C. McArthur was born and raised in Coronado, CA. An avid sailor and all-around athlete, he was named one of the top senior athletes at Coronado High School by the Coronado Rotary Club. He attended the United States Naval Academy where he was a member of the sailing and lacrosse teams. After graduating from the Naval Academy, McArthur trained as a Naval Aviator and carrier qualified in a T-45. A short time later, he died as a result of an automobile accident.

Kyle McArthur was a great sailor who loved being out on the water more than most. He understood how much sailing could mean to those with disabilities because he often took his disabled sister out on the water with him, and saw the joy a day on the boat brought to her. Coronado Yacht Club began this regatta to honor Kyle and to support Challenged Sailors San Diego because he would be proud to know he is still helping others to enjoy the life of a sailor.

Challenged Sailors San Diego (an all-volunteer, non-profit organization) provides therapeutic and recreational adaptive sailing opportunities for kids, adults, and veterans with disabilities to enhance their dignity, well being, and independence. The Martin 16 sailboats that are used are adapted for sailors so that no matter their disability, THEY get to run the boat. Sailors are partnered with an experienced volunteer who assures safety, but allows the sailor to run the race, manage the sails and build a sense of confidence, autonomy, and accomplishment.

Your support of this event and Challenged Sailors San Diego will help all sailors, no matter their disability, enjoy their day on the water. 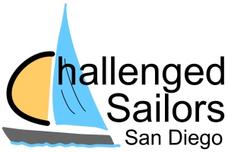